Geographically, Ladakh is a high plateau bounded by Tibet in the east, Lahual & Spiti districts of Himachal Pradesh in the south, the valley of Kashmir to the west and China in the north.  Scant precipitation makes Ladakh a high-altitude desert with sparse vegetation over most of its area.

The largest town in Ladakh is Leh, followed by Kargil. In the past, Ladakh gained importance from its strategic location at the crossroads of important trade routes, but since the Chinese authorities closed the borders with Tibet and Central Asia in the 1960s, international trade has dwindled except for tourism.

Ladakh was opened for tourism in the year 1978 and has steadily gained popularity then onwards. Indian tourist volume grew by 43 % between 2015 and 2017 making it one of the most visited places in India.

Our trip to Ladakh, like so many before us, started from Delhi on a sunny morning in July in 2008. The first stop was Leh, a bustling town at a height of 3500 metres and the capital of Ladakh district. Not only is Leh the origin of all Ladakh trips but it is also ideal place to acclimatize oneself with the height and weather of Ladakh plateau. 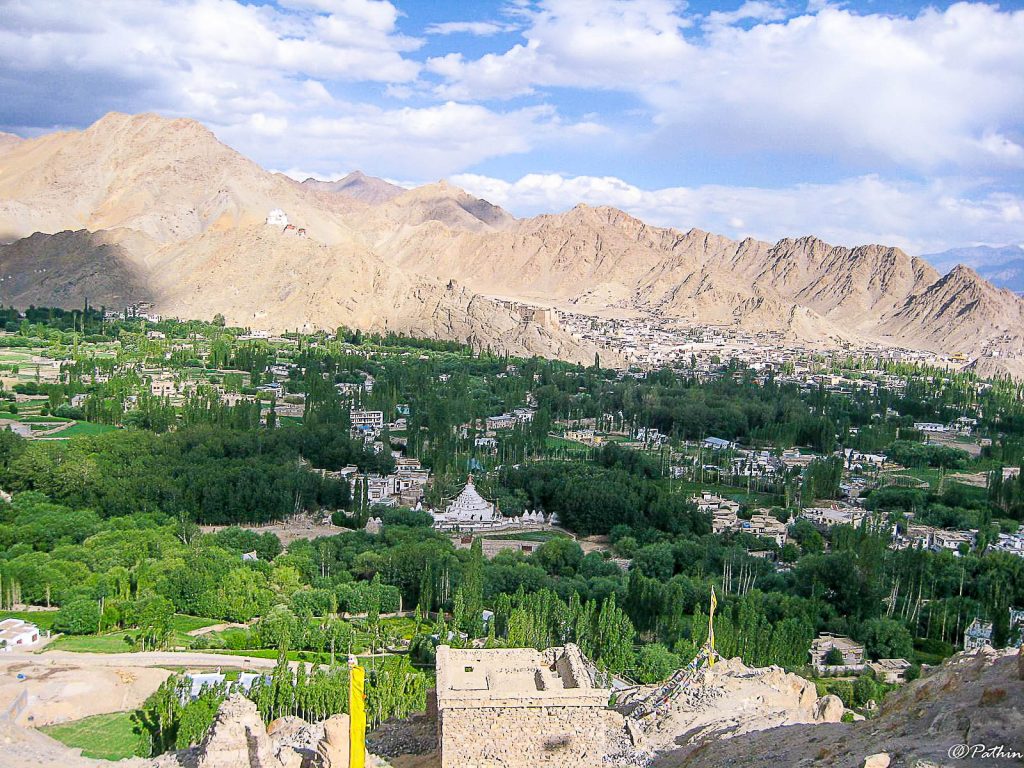